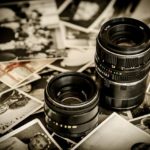 When it comes to having the right gear for the job, photographers still remain somewhat divided over which type of lens they should keep on hand. For the beginners out there, prime lenses are those with a fixed focal point, whereas zoom lenses allow zoom capability as their name would suggest. So while on the face of things it might seem more versatile to carry a zoom lens, the reality is that prime lenses have notable upsides. In effect, it would be remiss to think that the two don’t both have a place in your bag. Let’s look a little closer at each option. Prime Lenses Since prime lenses do not have any zoom capabilities, photographers are restricted in terms of framing photos how they would like. Because of this shortfall however, quality is generally considered to be superior between the two options – at least on a like for… | Read the full article