The Blurred Line Between Photos and Illustrations 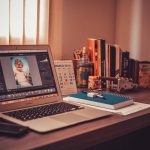 Just a couple weeks ago, the Australian Institute of Photography announced the winner of its annual photography contest, the Australian Professional Photography Awards. Almost immediately after the decision was broadcast, observers were up in arms, including prolific landscape photographer Ken Duncan.   In particular, Ken took umbrage to the nature of the overall winner’s ‘photos’, which were representative of illustrations. In total, there were 18 category winners, including other photos representing illustrations. It was however, the fact that Lisa Saad’s entry won the award across all categories, which drew ire. While few are questioning the quality of the work in its own right, many have expressed disbelief with what seemingly appears to be a blurred line between photos and illustrations. There is little doubt that work of this nature encourages a great deal of engagement. Its progressive nature provokes the viewer to think, to examine, to question. And on that… | Read the full article

There are a huge number of photographic competitions that go on about the country, and if you live and sleep with your camera, you’re probably longing to submit your own entry in one of them. We’re listing three great choices here, and this selection offers you the chance to decide whether to salute the colorful hustle and bustle of Sydney, concentrate on a given theme each month, or just pay homage to the beauty of Australia. Let’s take a look: Art and About Sydney City of Sydney Events comprises collaborators who have worked since 2002 to paint the creativity of local artists all over the face of Sydney and produce an annual event that captivates the attention of all Australians. Both professional and amateur photographers are invited to enter their favourite work evoking some aspect of life in Sydney. The photo can depict something that happens on a regular basis… | Read the full article