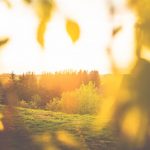 It’s an inevitable decision for just about every photographer at some point, particularly portrait photographers – should they use natural lighting, or artificial lighting? Of course, this is often a personal decision and one that photographers would choose for a variety of reasons depending on their circumstances. With that said, what exactly are the differences when shooting with the two different sources of lighting?   Natural lighting that offered by way of the sun and the moon, is a readily available, free and accessible source for photographers to work with. There is no requirement to purchase significant gear or equipment. The exception to this might be diffusers and reflectors, which are designed to distort or enhance natural lighting – these are considerably cheaper than actual sources of lighting like strobes, LEDs and the like. Using natural light is also a great starting point for photographers looking to gauge and comprehend… | Read the full article

Photographing the Landscape When It Really Isn’t Your Thing 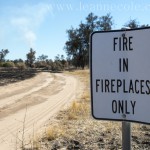 Anyone who follows my blog knows that I am not really a landscape photographer.  I like to see the man made element in my work, and in front of me when I am taking photos.  That doesn’t mean that I can’t take landscape images, just that it is not my subject of choice.  Quite a few years ago I went away with a friend to the Grampians, for those that don’t know, the Grampians are a National Park and very mountainous.  During this weekend away I was supposed to be getting photos, we drove around and around, but I didn’t get any photos because I didn’t want to photograph anything.  I thought it was beautiful, but was not the type of subject that I really wanted to photograph.   There are times when you don’t have a choice and you just have to do it.  I was asked recently to… | Read the full article 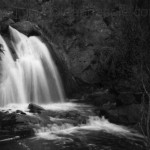 When I first got into photography I was given a Pentax K1000 for my birthday and I had no idea how to use it.  It was a long time ago and the internet wasn’t around so I couldn’t google “how do I use my SLR”, so I had to figure it out for myself.  Trial and error got me there.  I did one course at the CAE here in Melbourne, but it was about black and white processing, didn’t really help with learning how to use it.  I did read a lot, and I figured out what it all meant.   Composition was a different thing though.  I had to learn that on my own.  I had to work out what was the best way an image looked.  Then I did a beginners course at a local camera club and I learned the”Rules”.The rules that say everything must be on… | Read the full article

Why Are There No People In Your Photos? 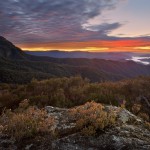 I saw the question posed in a recent edition of a well-known photography magazine1, “…Why are there rarely any people in landscape pictures?…”. I guess it’s a reasonable question to ask – humans are, after all, a natural element of the landscape, we are one of the most widespread species on earth, and our actions over the centuries have done more to alter, manipulate and define the nature of present day landscapes than any other single species in history. Isn’t it a little dishonest, or at least selective in an anti-anthropomorphic way, to go to such efforts to exclude humans and their influence from our images? While my initial reaction (and I suspect that of many other dedicated landscape photographers) was to scoff at the question, it did get me thinking about my own motives and purpose for doing what I love to do – and why I often go… | Read the full article

Reflections Of A Beachcomber 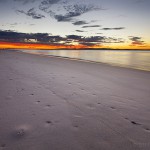 I can’t think of many better ways to start a day than with a stroll along an ocean beach. There’s something intoxicating about the salt air, the perpetual motion of the waves and the open expanses of water and sand under a morning sky. It’s also one of my favourite places to take my camera, but the very nature of the environment can make it challenging to capture engaging images that reflect the feeling of the first-hand experience. With so much open space, and few subjects to focus on other than sand, water and sky, photographers often take a minimalist approach to beach photography, relying on large areas of open space in their compositions to convey the expansive atmosphere of the beach environment. That approach can be very successful, but it is easy to get stuck in a rut and struggle to find creative new ways to photograph your favourite… | Read the full article

You Can’t Go Back 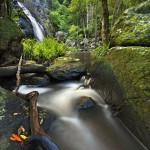 A few years ago I hiked the short distance down to Gheerulla Falls in Mapleton National Park for a sunrise photo session. These aren’t particularly wide or high falls – in winter they are often reduced to a trickle – but through summer the flow is usually strong and occasionally thunderous. Set amid a landscape of steep, wooded slopes, tall rainforest trees and giant boulders, the location makes a worthy subject for landscape photographers. Although I’d visited briefly before, this was the first time I’d come with the aim of exploring the photographic potential of the falls. So I spent some time scrambling around the edge of the plunge pool, framing the falls between tree trunks and using lichen-covered boulders as foreground interest. Time passes quickly when you’re caught up in the moment like this, and the pre-dawn gloom soon began to lift to give me a better view of… | Read the full article

Landscape Photography In Your Own Backyard 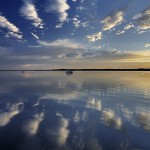 An aspiring landscape photographer could be forgiven for thinking that their chosen pursuit is an extreme sport. The image of a fit and willing outdoorsman/woman hiking into remote wilderness with tripod slung over the shoulder, spending days camped alone in a tiny tent, living off dried noodles and other equally tasteless survival rations, is one that magazines and certain photographers love to portray. It is an appealing image, and is not without substance. Remote wilderness has a lot to offer the landscape photographer in the way of inspiration and, with a little luck, unique new images to add to the portfolio. If you are prepared to put in the effort and forget about the comforts of home for a while, the rewards are there for the taking. But for most of us, heading off into the wilds for extended periods doesn’t fit easily with life’s other commitments. We dream about… | Read the full article 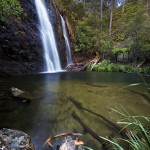 My love affair with photography began way back in the days of film and well before personal computers were a reality. One of the obvious differences between then and now is that back then, you couldn’t open your image on a computer and adjust the white balance, saturation, contrast or the distribution of light and dark tones. The darkroom gave you scope to play around with some of these things, but most photographers relied heavily on filters to manipulate a scene to their liking at the time of capture. Modern software programs like Photoshop provide alternatives to a lot of the work previously done by filters. But as clever as it is, there are some things software can’t do – or it can’t do it as neatly and efficiently as a filter can. There are three kinds of filters that are still commonly found in a landscape photographer’s kit: polarisers,… | Read the full article