A Cautionary Tale on Work Released into the Public Domain 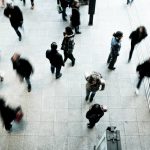 Earlier this year, the photography industry looked set for one of the most high profile legal cases in recent times. Getty Images found themselves the subject of a $1bn claim, with photographer Carol Highsmith accusing the company of copyright infringement by licensing and selling her publically available work without permission. Furthermore, the media company also demanded the photographer pay to use the photos which she had in fact created. Sounds like a pretty clear-cut case, right? Another example of big companies pushing their weight around? The case was indeed clear-cut – but not as you might see it. You see, in this instance, notwithstanding the fact that Getty had no legal right to claim copyright ownership or exclusive licensing, the company did not infringe on any rights by selling the photographers work. And this is exactly how the courts saw the matter when they sided with Getty. Now, let me… | Read the full article

What Makes a Photo Iconic? 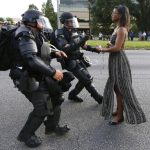 While every year sees an abundance of photos that capture our attention and effectively go ‘viral’, it usually takes something special to leave an enduring impression. This year has been no different, including the use of a certain ‘buzz’ word once reserved for a select choice of photos. That word? Iconic.   Cast your mind a couple months back. The mood in the US state of Louisiana reached boiling point after the police shooting (and subsequent death) of an African-American man, Alton Sterling. The following days saw protestors confront police, and in a moment of brave defiance, Leshia Evans was captured peacefully standing her ground as heavily armed riot police approached.   More recently, Usain Bolt’s mid-race grin was among the standout images of the Olympics, with two photographers shooting the special moment in almost identical shots. And around the same time, the sad and tragic photo depicting a “dazed… | Read the full article

Whoever said Australia is only known for their cinematography was wrong. Here, a list of some of the best Australian photographers, old and new. Enjoy! 1. Ken Duncan – if you aren’t familiar with the name, you’ve probably already seen this photographer’s work, at least that is if you’ve seen the Mel Gibson movie “Passion of the Christ”, in which Duncan produced all of the still scenes. Aside from this Hollywood hit, this Australian photographer is best known for his awe-inspiring panoramic shots. Browse through his gallery of unique landscape photographs at http://www.kenduncan.com/index.php/gallery. 2. Max Dupain – the late Australian photographer Max Dupain revolutionised black and white photography from the 1930s to the 1980s. Dupain loved his native country of Australia, and devoted his life’s work to capturing its beauty, from its beaches to its cityscapes. Collectors love his iconic work because of the magnificent tones he uses, in addition… | Read the full article